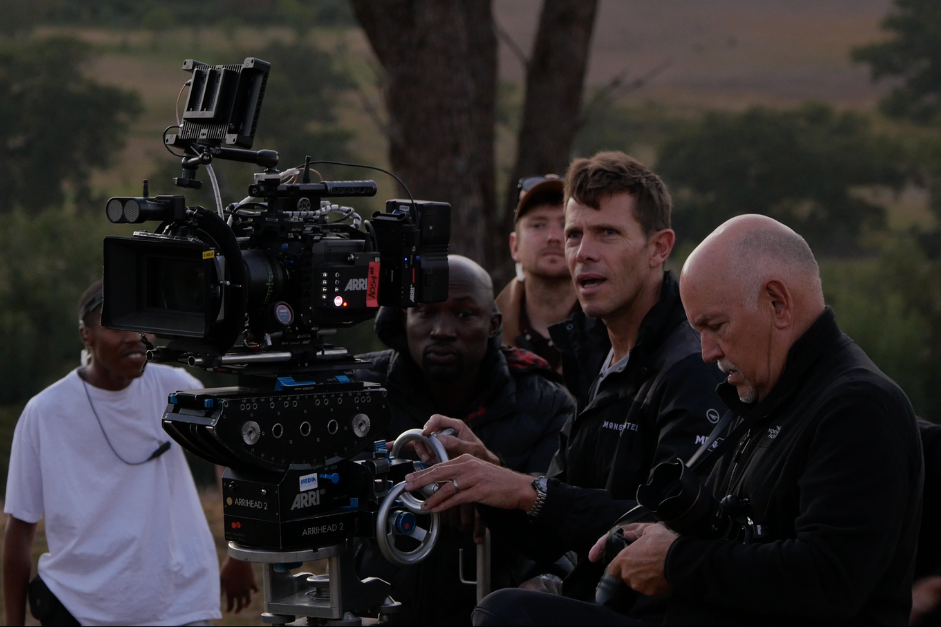 REDEEMING LOVE was filmed in the winelands region of Stellenbosch, South Africa over an eight week period starting in February 2020.  The production injected over R110 million into the local economy and employed 620 South Africans including crew, cast, extras and dailies. Local businesses were involved with over 450 vendors and suppliers providing goods and services necessary for the Hollywood release.

REDEEMING LOVE Producer and Nthibah Pictures CEO Simon Swart, “The hard work and collaboration of local and international teams came together and produced a great film that caught the attention of Universal Pictures.  The deal is a great moment in our short company history and delivers on our promise of producing films that have global appeal.”

Securing distribution with Universal solidifies Nthibah Pictures ambitions to become an African production company with international reach. Nthibah has further confirmed its strategic partnership with the Capstone Group, to manage the foreign sales of the film.

Wayne Fitzjohn, CEO of Talent10, parent company of Nthibah Pictures, added, “The conclusion of the Universal deal following the success of the Netflix release of our first film “I am All Girls,” which ranked in the Top 10 in all territories in its opening week, affirms what we have set out to achieve. To establish a leading independent African-based production company, with a global reputation for quality projects that supports our local economy.”

REDEEMING LOVE is a powerful and timeless love story that takes place against the backdrop of the California Gold Rush of 1850. The story centres on Angel (Cowen), who was sold into prostitution as a child. She has survived through hatred and self-loathing, until she meets Michael Hosea (Lewis) and discovers there is no brokenness that love can’t heal.

“Universal Pictures is a perfect home for our film,” said the film’s director D.J. Caruso.  “They have a rich history in enabling films to find their core audience and beyond. I am excited for fans of the book and even for those who haven’t read it, that they will be able to experience Angel’s journey up on the big screen where it belongs. Every actor and crew member felt the significance of the story we were telling, and it enhanced and elevated the film in a profound way.”

The film is based on the novel REDEEMING LOVE, which has remained on multiple fiction best-seller lists for over 15 years and has been published in more than 30 languages. Francine Rivers, the New York Times best-selling author of over 30 books, is thrilled to be one step closer to seeing this work come to fruition. “After many years of dreaming about this, followed by years of work alongside D.J., we can’t wait to see the story come to the big screen next year.”

Nthibah Pictures, established in Johannesburg, South Africa in 2018, is a global media company driving the development of superior content for all audiences. The Nthibah team has extensive industry experience, and the company provides creators and producers with a unique full-service offering, from finance and development to production and distribution. Nthibah works with established talent and leading studio partners to finance, develop, produce, market and distribute films globally. The company has offices in Johannesburg and Los Angeles and focuses on the production of films with broad audience appeal that also speak to serious, current social issues.

Nthibah Pictures is part of Talent10 Holdings which was established with the vision to finance and invest in impactful industries. With Talent10 backing, Nthibah Pictures aims to produce exceptional feature films that compete globally with production quality and commercial success.